Make no mistake, when the proponents of the new $1.5 billion transmission link between South Australia and NSW submitted their final proposals to regulators earlier this year, they had several victims in mind – all of them gas plants.

The economic case put forward by ElectraNet for the so-called Riverlink project, linking Robertstown in South Australia and Wagga Wagga in NSW, is built around the fact that it will import cheaper energy from NSW, and force the closure in South Australia of expensive gas plants such as Torrens Island.

Others gas plant closures will almost certainly follow, with the Australian Energy Market Operator assuming in its own Integrated System Plan, which recommends the new link, the subsequent closure of other gas generators such as Pelican Point and Osborne.

That will deliver the market benefits, the Riverlink advocates say, and reductions to consumer bills, that may tip the case in its favour.

But last week it may have claimed its first, and unintended victim, the $750 million Aurora solar tower and storage project that was seen by many as the shining light – quite literally – of the energy transition in the former coal city of Port Augusta and the state in general.

The South Australia government announced last week that, despite all its efforts, several extensions, $110 million of federal government funding and a 20 year contract to supply the state government, the US company SolarReserve had informed it would be unable to meet an April deadline to reach financial closure.

To the frustration of many who had invited much hope in the project, the reasons for this failure have not been publicly announced. No one is talking, neither the government nor the company itself, which has made no public statement on the matter as it seeks a sale of the Aurora project to another party.

What can be assumed it that getting finance was hugely complicated by ongoing “teething” problems at SolarReserve’s first and only completed solar tower and storage facility at Crescent Dunes in Nevada, and this would have added to the risk and costs of the loans, and made the economics of the project – a first of its kind in Australia – even more difficult.

We don’t know what efforts were made by the state and federal government to reduce this risk, and how co-operative they were with their financing options.

The state Labor Party, however, is in no doubt. They suggest that the killer blow came from the proposed Riverlink – which will be able to deliver another 800MW of capacity to and from the state – highlighting probably the biggest substantial difference between the former Labor government and the current Liberal government over energy policy.

Labor’s former energy minister Tom Koutsantonis has longed argued against a new transmission link until South Australia had enough local generation and storage to look after its own needs.

Aurora, with 150MW of capacity (135MW of effective capacity) and eight hours of storage was Labor’s pet project, and key to its strategy – along with the Tesla big battery and other pumped hydro projects it provided feasibility funds – of this “go it alone strategy” framed after the series of blackouts and load-shedding in 2016/17. 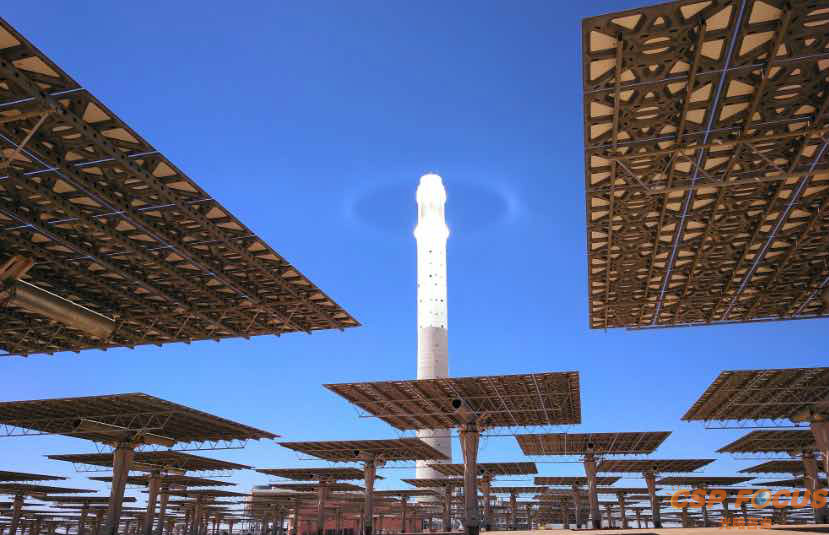 It’s tempting to think there may be something in Labor’s claims, because many of the submissions presented to ElectraNet warned of the same thing – the closure of local gas generators because they could no longer make as much money with increased competition from interstate.

The gas plant owners are particularly angry and have questioned the modelling. Origin Energy, for instance, noted that a new interconnector would not only hasten the  retirement of existing generators but also “reduces likelihood of new generators being built.”

The economic case for the Aurora project was complex. Its win, in a tender against other gas proposals, stunned the industry because it promised to deliver electricity to the state government at an average price of $78/MWh, far below what everyone understood to be the levellised cost of electricity from solar towers and storage.

The key in meeting that low average sales price would come through SolarReserve’s ability to sell electricity at very high prices at times of peak demand. To improve the odds, the company looked to add a 70MW solar PV plant to provide more cheap electricity, taking the total cost from $650 million to $750 million.

And this is where the Riverlink could, potentially, have delivered the final blow. Modelling provided by a range of advisers, including ACIL Allen, and acknowledged by all the other major players, said it would lower the average price of electricity in the state, by up to $20/MWh, and make the wholesale price less volatile, and lower the peaks.

That makes the market less interesting for the gas generators, and also potentially for the solar tower project.

It is important to point out here too that SolarReserve also made a submission to the ElectraNet proposal, urging them to dump the Riverlink proposal in favour of a direct link to Queensland.

But its submission did not suggest Riverlink would hit the economics of its project, just that a Queensland link would go through sunnier areas that would be better suited for more projects like Aurora.

Interestingly, a separate report prepared by Entura that looked at a non-network solution, studied how the solar tower project, and another two large batteries, and some pumped hydro could have delivered enough energy security and reliability for the state, including all the essential services such as frequency control, inertia, voltage, and “system strength”.

This study found that the “market benefits” from lower fuel costs were almost as high as the other options, including the favoured link to Wagga Wagga. Where it failed was in an estimate of overall economic benefits. Interestingly, the non network option was excluded by the network asset owner when presenting its conclusions.

And this highlights the case with just about any major project. There will be winners and losers. The case for  the taxpayer-funded Snowy Hydro makes it clear that it will crowd out third party investment, particularly in battery storage and some other projects. The case for Tasmania’s so called ” Battery of the Nation” has winners in its home state and losers in Victoria and South Australia.

New and expanded links between states have a similar winner-loser outcome. The coal generators fought for years against an upgrade of the main link from Victoria to South Australia because they feared all that new wind energy would kill their business.

Any other new link, such as Riverlink, will open up opportunities for some wind and solar projects – such as those proposed for Robertstown itself and  a multitude of solar and battery projects in south west NSW, and close opportunities for others.

For the record, the state government rejects the idea that the Riverlink proposal affected the Aurora project in any way, saying it was the failure of the SolarReserve technology.

“Labor’s claims regarding the interconnector and SolarReserve are outright nonsense,’ the Minister for Mining and Energy Dan van Holst Pellekaan said in a statement to RenewEconomy.

“In five years of ongoing discussion including last week, SolarReserve has never once raised any concerns regarding the proposed interconnector with me.”

“The unfortunate reality is that Solar Reserve is not progressing with this project or their other solar thermal project in South Africa.”

Indeed, SolarReserve sold the 100MW Redstone project last year to ACWA Power, the ambitious Saudi-based developer that already owns the biggest solar tower and storage project in the world, the Noor 3 facility in Morocco, and is behind a huge project proposal in the UAE, and another party.

Hopefully, we will find out exactly what tipped the bucket against the Aurora project.

It’s important because solar tower is an attractive technology, and if – like battery storage – it’s a matter of adjusting the rules to recognise the various value streams – then we need to know. Ditto if SolarReserve’s version of the technology simply didn’t stack up.

SolarReserve is looking for buyers for the project, and its preference is for those working in the same technology area. That limits its options to a handful of players, such as Spain’s Sener, which built the Gemasolar project in Spain and Noor.

A spokesperson for Sener would not comment, saying only: “Sener thinks that CSP technology should be developed in Australia and the company has been working in that direction for a while”. (CSP stands for concentrated solar power and refers to both solar tower and parabolic trough technologies).

ACWA did not respond to questions. Other potential buyers include the Spanish groups Acciona and Abengoa, which are building a big solar tower project in Chile, the 110 MW Cerro Dominador project with 17.5 hours of storage. China is also reportedly commissioning a 110MW project, and could be interested.