Who has said that renewables will always need the support of fossil or nuclear technologies to provide the supply?

It is true that the cheapest and most widespread technologies in Spain, such as wind energy and photovoltaic, do not have storage in centralized facilities (wind farms and photovoltaic plants) and that add some hour of storage in batteries would significantly increase the cost of their generation and would cease to be competitive.

The current regulation of the markets and, basically, also the consumers, look for the cost of the supply at any time of the day in the smaller possible. If, in addition, the planners are serious about moving decisively towards the discharge of the electricity sector, the clear objective in this process of energy transition will be to find, at every hour of the day, the renewable technology offered by its generation at the lowest price. 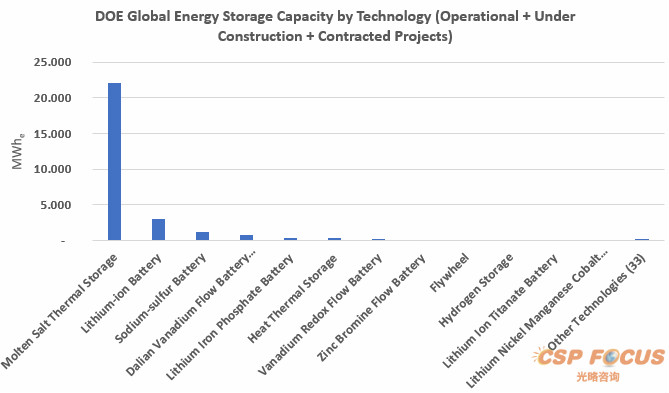 With the foreseeable and desirable deployment of new wind power installations and, to a greater extent, photovoltaic, a significant decrease in fossil support will be achieved at all times in the various facilities that are in operation, by having solar and wind energy resources necessary. The resulting wind power production, on average, relatively balanced during the day and night throughout the country and can increase its installed power until business plans touch their threshold of profitability, due to spills and price deflation produced in the market in windy periods. Photovoltaic installations, meanwhile, have their production limited to the central hours of the day, from two or three hours after sunrise to an equivalent period before sunset. That is, the remaining fleet of power plants in the country that must be prepared every day at dusk to respond to the loss of all installed photovoltaic power.

The issues that should be beginning to be questioned in the planning of the controlled electricity sector: Could the rest of the renewable ones respond to this problem when the installed photovoltaic power approaches 20 GW? Will it be necessary to install the very expensive battery systems, which with an equivalent capacity, have been charged by another set of photovoltaic installations of similar power dedicated during the day to that end? However, it seems that the position that creates less discomfort is to continue maintaining the nuclear park and fossil power plants to have guaranteed support, although it is a cost to continue generating more radioactive waste and CO2 emissions.

Fortunately, we have renewable resources in Spain both on a daily basis – unstable or sunny days – and in the different seasons of the year, in the wind, water and sun they are quite complementary. In addition, we have the little explored potential of proactive demand management, as well as the interconnections with neighboring countries, Portugal, France and Morocco, our capacities are growing in the coming years. Therefore, rapid growth of wind energy and solar technologies (photovoltaic + solar thermal), taking into account their natural complementarity and flexibility that can help demand management (interruptibility and adaptation of consumption curves) together with reinforced interconnections with our neighboring countries could make us move towards an electricity generation with very limited limitations.

But, in addition to all this we have three technologies with a relevant installed capacity or future potential, which, with a management oriented to the benefit of the system and without reducing reasonable rates of return, would greatly avoid fossil support in the future. These technologies are great hydraulics (including pumping), biomass and solar thermal.

Hydraulics and biomass have the previously stored resource and, to a large extent, their operation could be managed in the future in a way that complements wind turbines and solar power productions in order to avoid maximum generation with emissions from coal plants or gas. For example, new biomass plants that went to an auction can be remunerated under the “take or pay” formula for a high number of annual hours of operation, and their production can be arranged mostly for those periods in which they escape wind resources and solar.

But, in addition to this natural complementarity and flexibility in the operation of biomass and hydroelectric power plants, fortunately we have in our country another technology, concentrating solar thermal, which uses the abundant solar resource and has thermal storage as an essential element in all new facilities. The park installed since 2007 has been demonstrating its great reliability of operation without symptoms of degradation and, in addition, Spain is the world leader in this technology.

Thanks to thermal storage, photovoltaic production could be complemented on sunny days after sunset and throughout the night, since there is no significant loss of performance between operating when the sun shines or storing all the energy to dispatch it from sunset. In this way, the need to have a large fleet of combined cycles to respond to the fall of photovoltaic production every afternoon in addition to avoiding the need for fossil backup throughout the night and at costs that are already close to those of the combined cycles and that, with total security, will be more competitive than these sooner rather than later, before 2030, since the costs of the solar thermal will continue to be reduced while those of the combined cycles, due to the evolution of the cost of gas and emissions, will only grow in the coming years.

On the other hand, the thermal storage of concentrated solar power plants can be used as a strategic reserve during most of the year since its maximum volume is only necessary for daily operation during the summer months. Thus, the solar thermal power plants could offer absolute availability of all the new installed power, during the winter, spring and autumn, regardless of whether the day (or the previous days) had been sunny. This availability could be offered for a certain period (eg between 3 and 6 hours) which would flatten the relative maximums of the pool price for a good number of days per year and allow the system operator to always have the solar thermal power plants for the moments of maximum annual demand, regardless of whether that particular day or the previous ones had been sunny or not.

Given the eventual scenario that the discharges from wind farms or photovoltaic plants were significant, solar thermal power plants could install electric heaters to thermally store these discharges with investment costs 50 times lower than those that would have large battery storage systems or pumping stations.

The energy transition in the electricity sector, to reach renewable production quotas greater than 85%, is absolutely possible thanks not only to the large estimated wind turbines and photovoltaic productions, together with the invaluable and continued contribution of hydroelectric power plants and a certain increase in biomass, but, above all, the role that solar thermal power plants, with their powerful and flexible thermal storage system, will play in the future. All of this, together with the proactive management of demand, may reduce fossil power plant support to its minimum expression.

Luis Crespo is president of Protermosolar.