As their name suggests, concentrated solar power (CSP) systems concentrate light from the sun onto a small area, where it is converted to heat. Although this heat is sufficient for electricity generation – usually via a steam turbine – the temperatures they reach aren’t sufficient for various industrial processes.

But now a California-based company says it has broken that barrier by reaching temperatures of more than 1,000° C (1,832° F) with its concentrating solar thermal system.

Heliogen is a clean energy company backed by Bill Gates that has a commercial facility located in Lancaster, California. It is there that the company managed to exceed temperatures of 1,000° C using its patented concentrating solar technology – something it claims is a first for a commercial system.

Rather than just electricity generation, which can be achieved at much lower temperatures, this makes concentrated solar an option for a variety of industrial applications, such as producing petrochemicals, cement, and steel – processes that traditionally rely on the burning of fossil fuels. This has the potential to drastically reduce greenhouse gas emissions from such processes – Heliogen points out that cement production alone accounts for over 7 percent of global CO2 emissions.

But the company has even higher hopes for its concentrating solar technology, saying that it plans to work towards reaching temperatures of up to 1,500° C (2,732° F), which would make it suitable for CO2-splitting and water-splitting to make clean fuels such as hydrogen and syngas.

The secret sauce of Heliogen’s technology is advanced computer vision software that allows a large array of computer-controlled mirrors (known as heliostats) to focus their reflected sunlight onto a target with ultra-high accuracy, resulting in ultra-high temperatures. 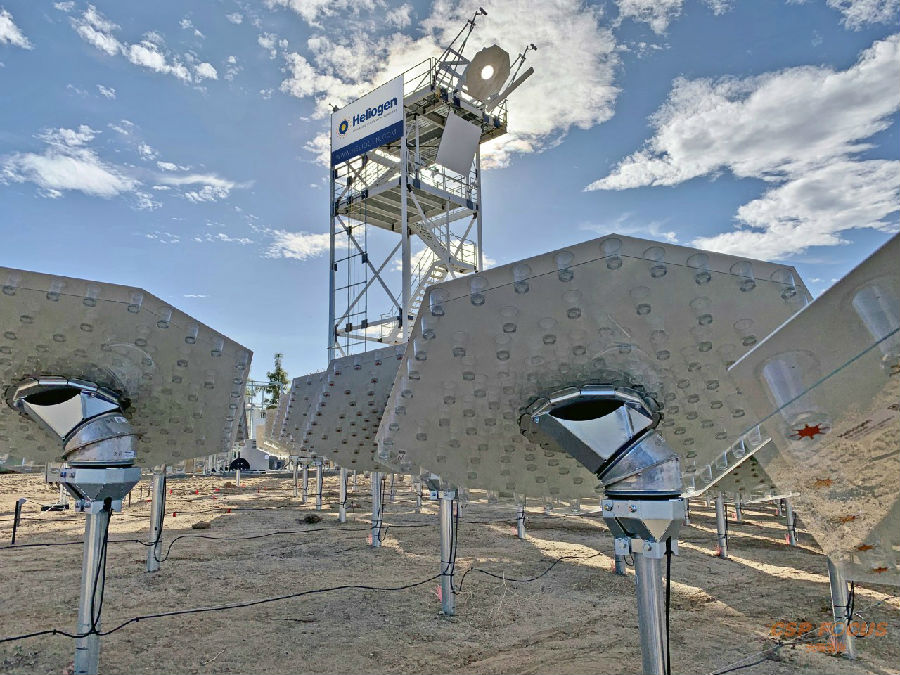 "The world has a limited window to dramatically reduce greenhouse gas emissions," says Bill Gross, Heliogen CEO and Founder. "We’ve made great strides in deploying clean energy in our electricity system. But electricity accounts for less than a quarter of global energy demand. Heliogen represents a technological leap forward in addressing the other 75 percent of energy demand: the use of fossil fuels for industrial processes and transportation. With low-cost, ultra-high temperature process heat, we have an opportunity to make meaningful contributions to solving the climate crisis."