A recent forum in Sacramento sponsored by the World Bank and SolarPACES brought together Concentrated Solar Power (CSP) developers with energy buyers in the US western states to learn from each other how CSP’s low cost thermal energy storage (CSP+TES) fits in with a future 100% renewable grid.

The ATA Insights forum; The Role of Concentrating Solar Power in the Evolving Energy Market in the Western U.S. enabled a much needed information exchange on both sides. Ten years ago, these US utilities contracted for five CSP projects. Only one included storage, and as PV prices dropped, CSP development ended, winnowing the field and crushing supply chains.

But driven internationally, a resurgence of CSP+TES at utility-scale in Morocco, China, Chile and the UAE, has now yielded 6.5 GW of operating experience. As electricity grids include more intermittent renewables – and pressure increases to meet 100% clean energy goals – utilities are beginning to look beyond batteries for longer duration storage options. (How thermal energy storage works)

James Barner from Resource Planning and Development at LADWP (Los Angeles Department of Water & Power) said its accelerated timeline towards California’s 100% carbon free grid by 2045 has targeted 55% by 2025 and 80% by 2036. CSP+TES could be an ideal solution for the publicly owned utility.

“One of the challenges we’ve had with CSP is we’re just not receiving proposals,” Barner told the forum. “We have an RFP that is online. We are looking exclusively for PPAs for large projects for renewables, opportunities for new technologies. We do 25 year PPAs, so we are looking for really long term PPAs to bring the price down and we like to have options in our PPA’s as well so that we can purchase our facilities and operate them as well ourselves,” he added, noting that LADWP is a vertical operation which owns its generation, transmission and distribution system, and decision-making is straightforward.

“One of the factors we consider is, are there jobs available. We are a heavily unionized workforce. It is a concern of our union that we have ongoing maintenance operations and maintenance jobs at our facilities. We have 3600 miles of transmission available to us, so we’re looking to repurpose sites that had large coal plants and turning those into renewable hubs.”

Premature Birth in the US?

Ten years ago, when utilities in these states – California, Arizona and Nevada – signed contracts for their first round of CSP, the industry vaulted directly to utility-scale in the US at birth, with four of the five projects at over 250 MW.

Among those pioneering firms, only Abengoa had experience, having previously built 20 MW projects in Spain. SolarReserve, the 100 MW Crescent Dunes developer was a startup. BrightSource – although a technical descendant from Luz that built the SEGS trough CSP – was also essentially a startup when it built the world’s first large-scale tower CSP; Ivanpah at 392 MW.

“At PG&E we were very interested in CSP,” recalled PG&E’s Fong Wan, who’d been involved in these early CSP contracts.

“We submitted eight contracts with BrightSource to the CPUC and every one was approved, and the vision was that BrightSource would be able to decrease the capital and operating costs and each of the projects was supposed to go lower and lower in price over time. Obviously that did not happen. Six of the eight contracts were terminated because BrightSource was not able to meet the terms of the contract,” Wan explained.

PPA terms required financing by a deadline before a contract could be finalized, but finance was scarce for the then-novel technology, so most proposed CSP projects did not get built and the experience that comes with deployment did not materialize in the US. Today, however, these pioneers have gone on to develop multiple 100 MW-plus projects overseas. 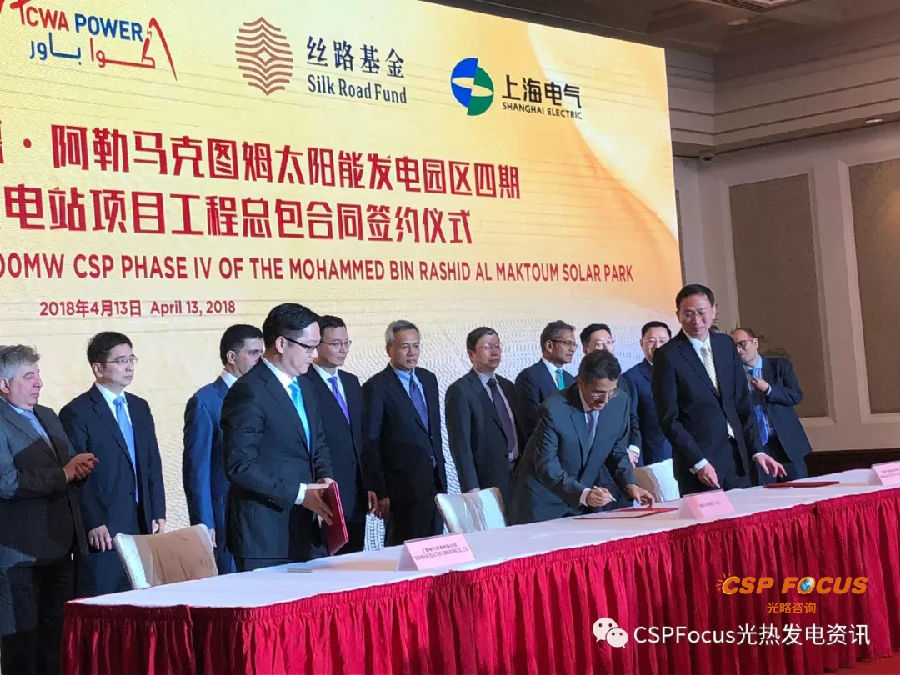 Internationally, they are joined by Saudi Arabia’s ACWA Power (Bokpoort, Redstone, Noor I and II, DEWA) Spain’s SENER (Gemasolar, Noor III) and new Chinese CSP developers building successful projects at full scale in China like Supcon and Shouhang and in the UAE as well; Shanghai Electric. And most of the subsequent CSP includes thermal energy storage: CSP+TES.

Now 6.5 GW, the CSP industry is much changed, and universally CSP+TES.

New 100% renewable commitments in the US southwest

The ambition level of these states is also very much changed from those days of California’s 20% renewable portfolio, with no direction beyond 2020. Public policy VP Barbara Lockwood with APS (Arizona Public Service) said that following a recent ownership change, APS has announced a 100% carbon free commitment by 2050, with its existing nuclear providing 50%.

Lockwood is hoping for more research from NREL into the technologies of the future that can potentially fill that last mile. “You have to look both at the near term as well as the longer-term to be sure you get the portfolio you want at the end of the day. We have talked about hydrogen as a significant potential technology, and clearly CSP has all of the right characteristics to fill an important role there,”she said.

NVEnergy’s Generation and Transmission SVP, Kevin Geraghty noted that as Nevada adds renewable energy; their customers’ rates are lower today than they were before renewables were on the grid. He said their target is now 50% by 2030: “We now have a storage goal as well. We have a 1,000 MW storage goal by 2030 and we’ve already identified and started construction of about 600 MW of that, that is batteries at this point. But CSP for storage – that is an open invitation.”

Geraghty pointed out the need for a regional grid market. The large scale CSP+TES that California needs to meet 100% carbon free energy can more easily get permitted in smaller load neighboring states like Nevada. “We have got to get together. We need to form a ISO in the West. Otherwise we will see inefficient solutions of capital. Whether that is transmission or projects like CSP. I think CSP would benefit with a much larger footprint within such a regional plan than just within each individual state’s goals,” he told the forum.

SDG&E Energy Supply VP Miguel Romero agreed on the need for a regional grid, and noted that SDG&E is already seeing long duration storage needs: “I cannot just bring in a solar PV farm like I did five or 10 years ago and expect it to deliver what I’m expecting it to deliver, because delivering more solar in the middle of the day is not necessarily something that we are going to need going forward,” he said.

“So if we fast forward to 2045 and if storage plays a role just for six or eight hours; that is not going to cut it. So what kind of resources are we going to be looking at? Is it utility scale storage batteries or something else that is going to be absorbing some of this additional renewable production. When I say storage it is not just about batteries. Is it technologies like the ones that we are discussing today?”

None of the projects that were built in California included storage. Now, the general sentiment is that looking ahead, the reliable long duration dispatchable storage that CSP+TES can provide has a crucial role in the 100% renewable grid.