Heliogen, Inc. (NYSE: HLGN), a leading provider of AI-enabled concentrated solar energy technology, today announced it has entered into a letter of intent (“LOI”) with Dimensional Energy, a sustainable fuels company, to jointly produce sustainable aviation fuel (“SAF”) at Heliogen’s concentrated solar thermal demonstration facility in Lancaster, Calif. This first-of-its-kind collaboration aims to create a reserve of jet fuel created from sunlight and air to enable the rapid decarbonization of the aviation industry.

The companies will work to deploy Heliogen’s proprietary, artificial intelligence (AI)-powered HelioHeat™ technology to convert sunlight directly into thermal energy in the form of high temperature steam and air that will be used to produce green hydrogen for Dimensional Energy’s Reactor platform. The hydrogen will be produced leveraging the previously announced successful demonstration of Heliogen’s concentrated solar technology. As part of the collaboration between Heliogen and Dimensional Energy, the LOI includes a goal of building a fully integrated ~1 barrel per day drop-in ready SAF demonstration. The parties expect the demonstration project to be a first step to develop a pipeline for approximately 3 million barrels of fuel over the next ten years.

As previously announced, Dimensional Energy has signed a commercial agreement to supply United Airlines with 300 million gallons of SAF over 20 years. 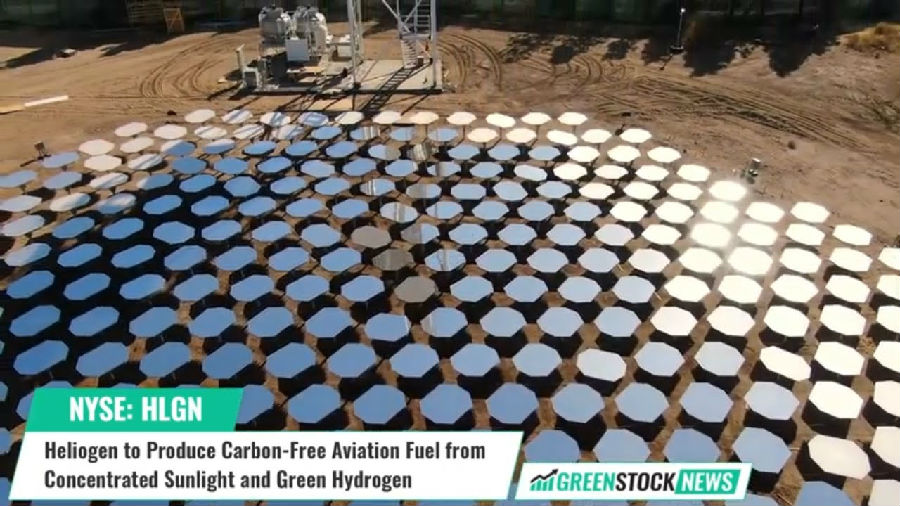 The airline industry is responsible for nearly 3% of global carbon dioxide emissions, while the United Nations expects airplane emissions of carbon dioxide to triple by 2050. SAF is a direct replacement for conventional jet fuel, and can enable the rapid decarbonization of the global aviation sector when produced from carbon-free energy sources like the sun instead of petroleum. The SAF market is projected to grow from $219 million in 2021 to $15.7 billion by 2030, expanding at a 60.8% CAGR, according to ResearchandMarkets.com.

“At Heliogen, our mission is to decarbonize industry by delivering advanced renewable energy systems that are more affordable than fossil fuels and we are thrilled to collaborate with Dimensional Energy to advance the decarbonization of the aviation industry,” said Bill Gross, Founder and Chief Executive Officer, Heliogen. “Dimensional’s flexible thermal utilization platform is the most scalable and cost effective solution, and when combined with Heliogen’s transformative concentrated solar technology, this partnership brings us one crucial step closer to a future where we can fly planes on fuel created by sunlight and air – not fossil fuels.”

“This collaboration with Heliogen represents a key development in our vision of a world free from fossil fuel dependency,” said Jason Salfi, Co-founder and Chief Executive Officer, Dimensional Energy. “Leveraging Heliogen’s breakthrough technology to use sunlight to produce SAF will help demonstrate the potential for a truly carbon-free, more affordable, and drop-in replacement for conventional jet fuel.”

Dimensional Energy envisions a world free from fossil fuel dependency. We use carbon dioxide emissions as a replacement for fossil carbon to make the fuels and products people use every day. Our team of subject matter experts come from all over the world with a shared purpose of making the sustainable materials necessary for a truly circular economy and bringing about climate justice for all. Our technology can produce energy locally, at a scale that can satisfy global demand without extracting resources or fomenting conflict.