Who will be leading China 1st batch 20 CSP pilot projects?

Over 13 months have passed since the official announcement of China 1st batch of 20 pilot solar CSP projects last September. The FiT of RMB 1.15/kWh will be awarded on the condition that the projects would be operational by December 31 2018, leaving quite limited time for the project development and construction. 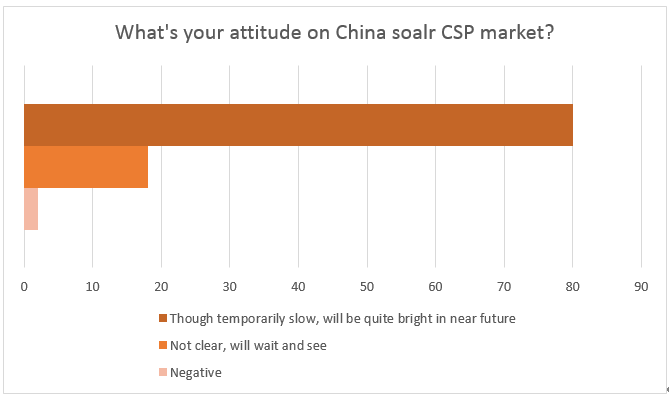 As CSP Focus survey shows, though facing some problems like less experience or hard financing, China CSP pilot project participants are trying no effort to contribute to the final success of China CSP progress.

Invite you to the survey-What to do to promote China CSP industry during CSP Focus China 2018? Your opinion is very important to our improvement. In return, you will receive CSP Focus China 2017 Post Report and 2018 Program soon after submitting.

As the top brand CSP conference, the 8th Annual CSP Focus China 2018 will see you again on March22-23 in Beijing. Over 500 global CSP industry players will be together to witness the grandest gathering.