Starting from CSP receiver tube R&D and manufacturing in 2013, China Royal Tech CSP has been growing into a CSP industry leader specializing in receiver tube, parabolic trough solar field integration and CSP project development. Among the 20 pilot CSP project in China, Royal Tech joined 2 of the parabolic trough ones as developer and solar field EPC.

During the visit, George introduced Royal Tech history and outstanding performance since 2009 and showed that Royal Tech will continue to develop the technologies and enhance their product advantages to further reduce the cost of CSP and improve the deployment efficiency to meet global demand for affordable high-quality clean power.

In 2012, Royal Tech built the first Inner Mongolia parabolic trough demonstration loop which reached commercial standard in China and the loop passed the tests in DLR and won the “National Major Energy Science and Technology” award in 2013. 4 years operation shows the efficiency and reliability of this loop.

Royal Tech won the 100MW+50MW CSP pilot projects last September, and Wacker HELISOL® 5A heat transfer fluid will be used at the Yumen 50MW Parabolic Trough project, which would be the large-scale application in commercial project for the first time. It’s said that both of 100MW and 50MW projects are smoothly moving on.

Schedule at a Glance： 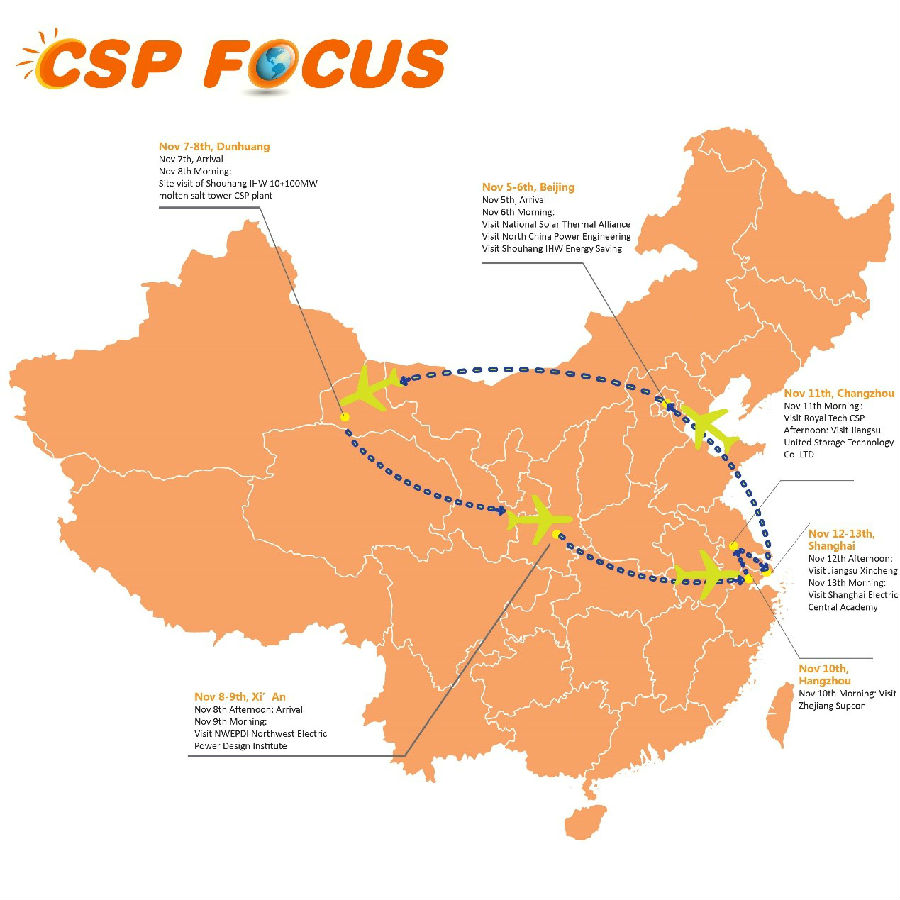