SolarReserve, a leading worldwide developer of large-scale solar power projects and advanced solar thermal technology, announced it has signed a Memorandum of Understanding (MOU) with Heliostat SA, a South Australian company focused on the manufacture and assembly of heliostats and heliostat components.

Under the MOU, Heliostat SA and SolarReserve will partner in the development of plans and processes for the supply, fabrication and assembly of more than 12,800 of SolarReserve's proprietary SR96 heliostat assemblies for the  Aurora Solar Energy Project near Port Augusta, South Australia. 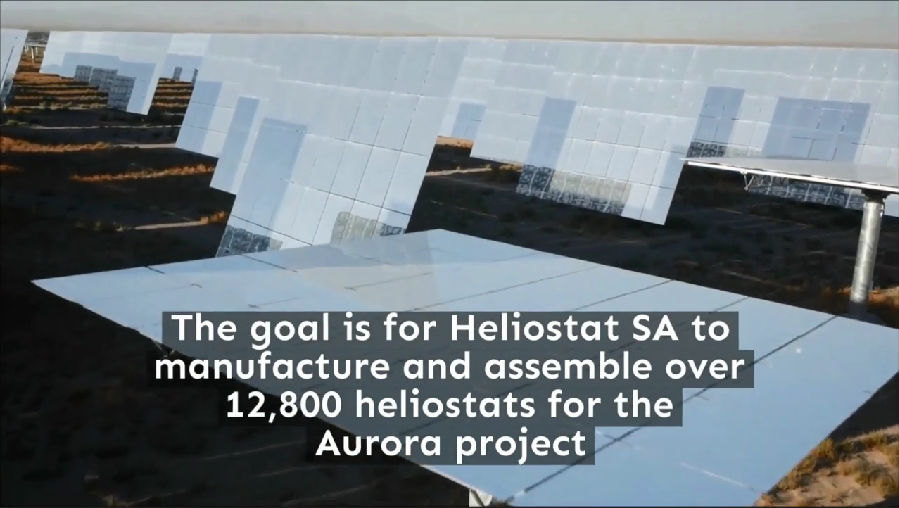 Heliostats are the large tracking mirrors in a solar thermal power station, which follow the sun throughout the day and precisely reflect and concentrate sunlight onto a receiver  [Watch how itworks] . The SR96 heliostat will provide market leading performance, fully integrated with SolarReserve's proprietary molten salt receiver and controls system. Each of the assemblies includes 96 square metres of glass, plus steel supports and electric drives, resulting in a field of mirrors with more than a million square metres of surface area. 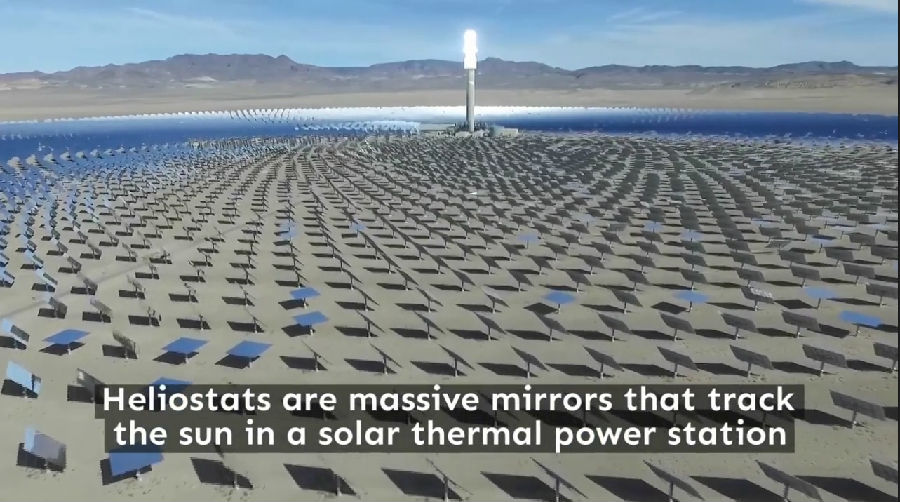 "We're excited to have formed a long-term partnership with Heliostat SA and look forward to teaming up with them to bring manufacturing of our world-class heliostats to South Australian workers," said Kevin Smith, SolarReserve's Chief Executive Officer. "SolarReserve is committed to supporting South Australia's goals which will attract investment, create South Australian jobs and build an exciting and growing new industry."

"The team at Heliostat SA are really looking forward to adapting the low-cost manufacturing techniques learned from more than 20 years of automotive knowhow into the manufacture and assembly of the SR96. Heliostat SA plans to exploit our supply chain knowledge across the SR96 program, to ensure a very high local South Australian content is achieved." 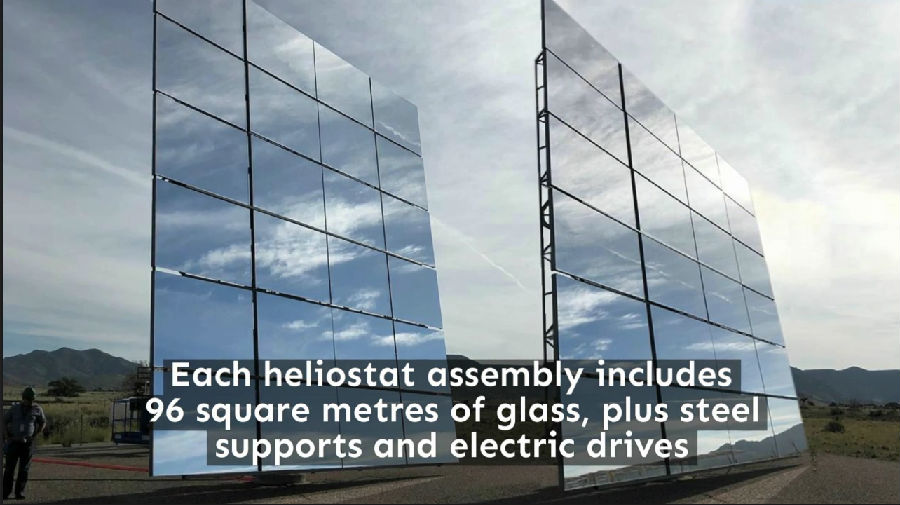 Close to 200 jobs could be created in South Australia solely as a result of a deal between Heliostat SA and SolarReserve for the Aurora project, including over 115 unique skilled labor positions related to manufacturing of steel components and heliostat assemblies. The two companies are working together to complete the final agreement, which includes achieving as much local content and labour as possible. The balance of construction of SolarReserve's Aurora project in Port August is anticipated to create an additional 650 full-time construction jobs on site, and more than 4,000 direct, indirect and induced jobs in the region.

The Aurora project is being developed with the option to add solar photovoltaic (PV) technology in order to maximise electricity generation from the CSP facility during peak demand periods, as well as meet the station's own electricity needs. The addition of PV could broaden the scope of Heliostat SA's manufacturing supply to include PV racking systems. 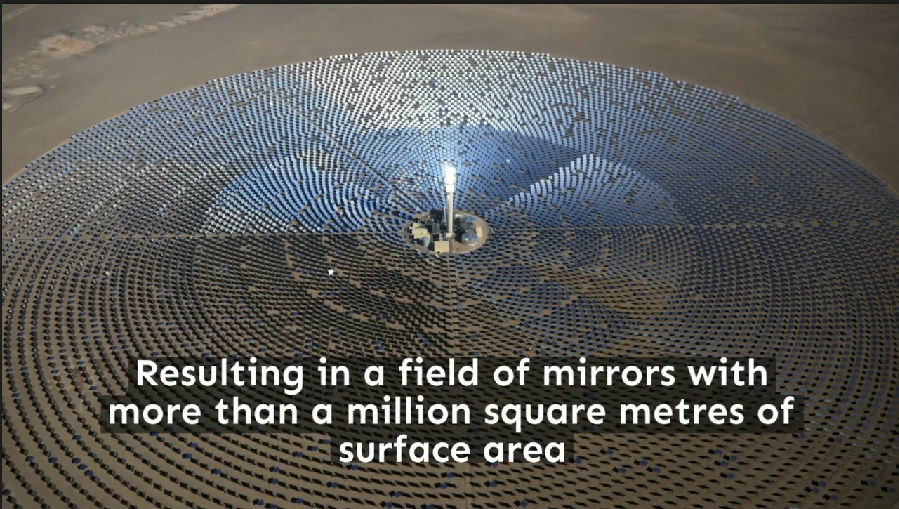 The Aurora project is part of a much bigger picture for South Australia. SolarReserve hopes to build six solar thermal projects in the State over the next ten years, with their Australian headquarters in Adelaide serving as the development hub. South Australian manufacturing will be well positioned to support these future projects.

"The Aurora project along with SolarReserve's future investment in the state will develop a supply chain and local manufacturing expertise that can be leveraged across the broader region, create thousands of jobs for South Australians, and bring about a new age in clean, reliable and affordable energy," said Tom Georgis, SolarReserve's Senior Vice President of Development. 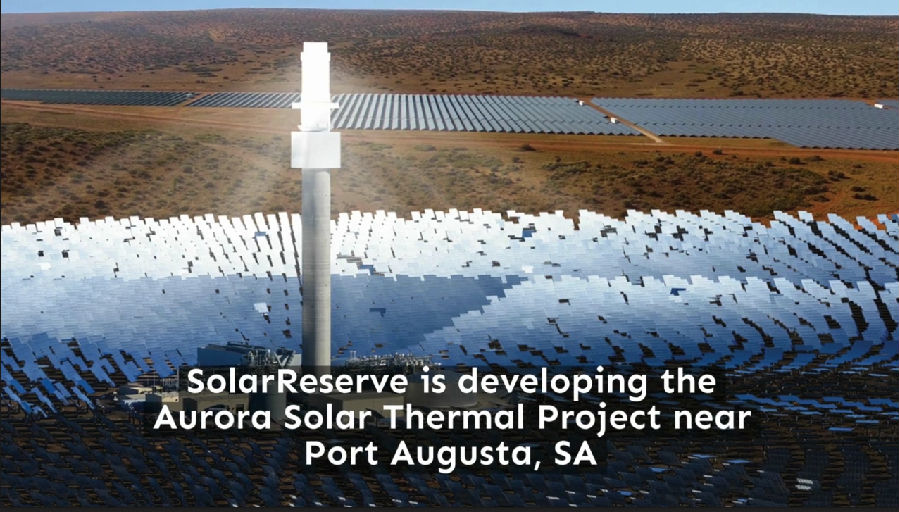 After auto producers announced their decision to cease manufacturing cars in Australia, Heliostat SA was borne out of Precision's strategic plan to transition from a component hot stamping and metal pressing business to an advanced manufacturing and engineering business with a focus on high value-add, specialized products in emerging markets leveraging collaborative partnerships with like-minded companies and universities. Fusion Capital is the investment arm of Precision Components and looks at investments into advanced manufacturing and engineering opportunities, which have synergies with their existing portfolio of projects and include mass transport solutions and renewables.

SolarReserve is a leading global developer, owner and operator of utility-scale solar power projects, with more than $1.8 billion of projects in operation worldwide. The company has commercialised its proprietary ThermaVault™ advanced solar thermal technology with integrated molten salt energy storage that delivers renewable power that is dispatchable 24-hours per day. The U.S. developed technology is now one of the world's leading energy storage technologies and allows solar energy to operate like traditional fossil-fired and nuclear electricity generation - except the fuel is the sun which means zero emissions, zero hazardous waste, and zero dependence on fuel price volatility.

Since the company's formation in early 2008, SolarReserve's experienced team has assembled a pipeline of over 13 gigawatts across the world's most attractive, high growth renewable energy markets. SolarReserve is headquartered in the US and maintains a global presence with six international offices to support widespread project development activities across more than 20 countries. The company has been developing projects in Australia since 2013, with its Australian headquarters located in Adelaide, and field office located in Port Augusta.

Heliostat SA licenced the technology to commercialise and manufacture the CSIRO designed heliostat and control software in 2014. It has installed fields in Japan, and more recently built an R&D field with twenty five (25) heliostats located at Edinburgh Parks, South Australia.